Bollens on peacebuilding in Jerusalem and Belfast 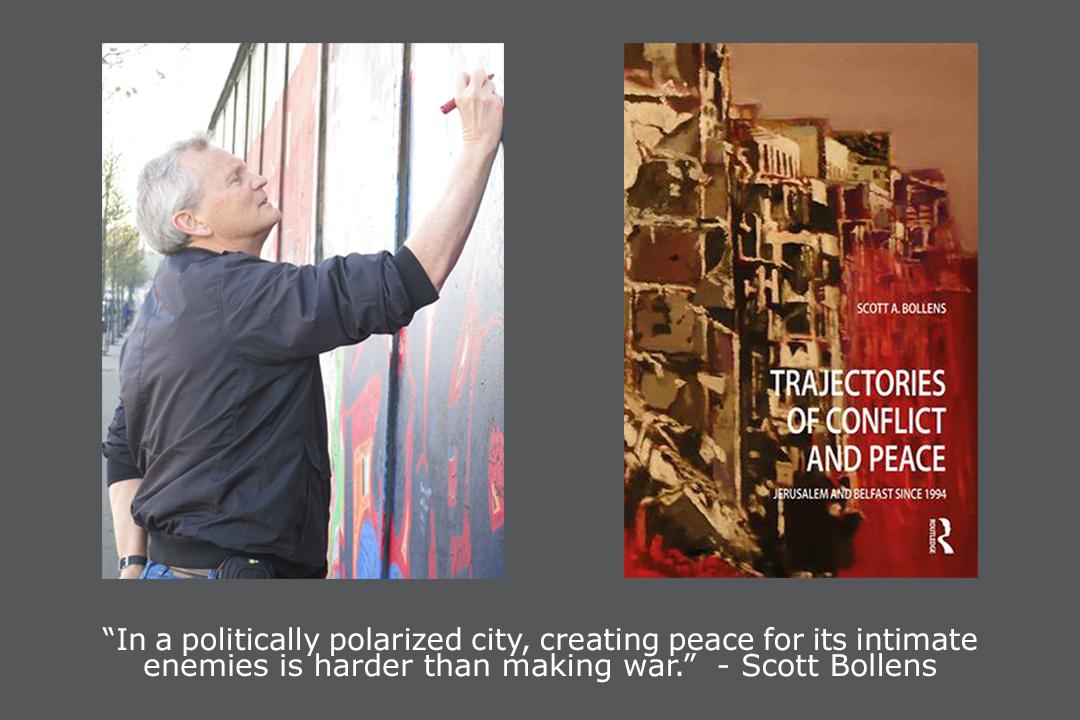 Bollens on Peacebuilding in Jerusalem and Belfast

In Jerusalem and Belfast, peace is elusive. And achieving it will take more than national-level treaties, says Scott Bollens, professor of urban planning and public policy, and author of a new book on conflict in the two cities.

“The resiliency of conflict in these cities surprised me,” Bollens says. “Sometimes there has been hopeful change, while at other times debilitating stasis and regression.”

To research the book, Bollens spent four months in Jerusalem and three months in Belfast in 2015 and 2016. He conducted 122 interviews with government officials, policymakers, personnel from nongovernmental organizations and advocacy groups, and academic experts. He took more than 3,200 photos of conflict areas in the cities and videotaped everyday activity spaces to see how they were impacted by political conflict.

Such in-depth, on-the-ground longitudinal analysis by a single scholar is rare in the field of conflict studies.

The book weaves together observations, personal reflections and interviews, and blends academic rigor with personal narrative to illuminate for readers the complex physical and emotional kaleidoscopes of the two cities. Bollens sought to explore both his inner emotional world and the outer world he passed through.

“This mirrors, I feel, the common experience of urban residents in these cities – a robust, vital, inner emotional and spiritual life existing amidst concrete physical places that have been distorted, dismembered and exhausted by deeply entrenched urban conflict and violence,” Bollens says.

Peacebuilding, Bollens says, is shaped by both national political elites and city-level actors. It’s not just a political process but a social and geographic one that takes place over a long, and often difficult, period of time.

National efforts at peacemaking, Bollens says, must be reinforced through urban interventions that prove to residents that political peace has real, tangible benefits for them – that it reduces local violence, improves urban life and leads to greater tolerance between groups.

A series of ethnic-demographic, spatial and political changes are on the horizon for both the Israeli-Palestinian and Northern Ireland conflicts. These changes could lead to more progress towards peace – or not.

“Will these critical thresholds push these societies toward greater peacemaking progress or will they be used by intransigent politicians in ways that obstruct opportunities for positive change?” Bollens asks.