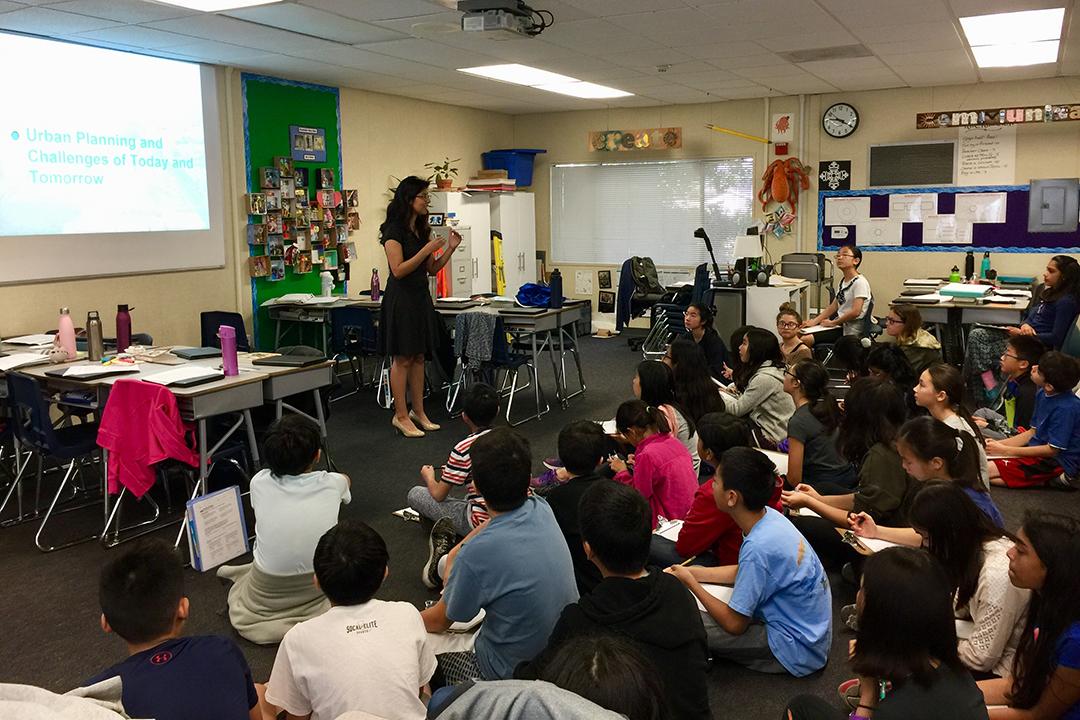 Edith Medina Huarita, a third-year doctoral student in UCI’s department of urban planning and public policy, recently visited Eastshore Elementary school in Irvine to speak with a sixth-grade class about urban planning. Teacher Patricia Goheen has challenged her students with a project to build their own future city, to encourage their thinking “about how they can eventually affect the world around them in a constructive manner." In early brainstorming about the elements of an urban city, the students were overwhelmed by the complexity. Goheen thought hearing from an urban planner might be helpful, and reached out to UCI’s planning department.

Medina Huarita enthusiastically volunteered, and prepared a presentation about what urban planning entails, and the challenges urban planners face. She shared examples of “general plans” and “comprehensive plans” for various cities, which provided some direction for organizing the elements in the students’ own future city projects.

She also shared some of the experiences that have led her to planning as a career, such as living in a large city, where she first was exposed to and began to question “the existence of slum-housing settlements, as well as their placement.”

“The students had many questions and expressed excitement for their project, to build a city of their own that addresses the issues of today. I left very inspired by the sixth graders at Eastshore.” - Edith Medina Huarita