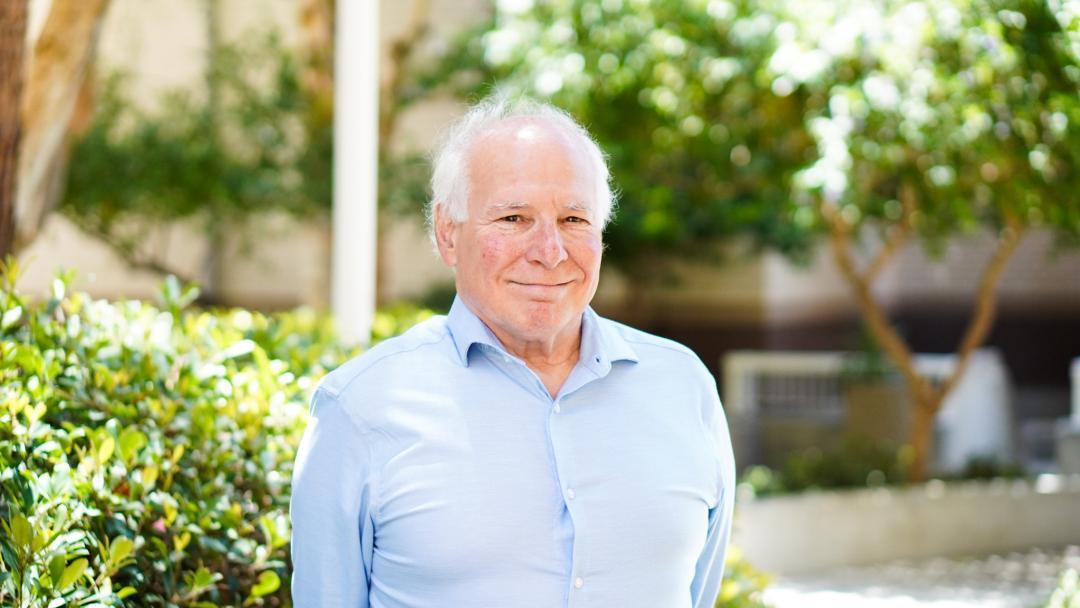 With apologies to a certain history-making U.S. presidential nominee, it takes an informed village to successfully open a water reclamation, replenishment or desalination project these days. That’s the main takeaway from The Governance of Water Innovations: To Quench a Thirst (Edward Elgar Publishing, 2022), a new book by David Feldman, professor of urban planning & public policy and political science, who also leads the School of Social Ecology’s Water UCI research center. 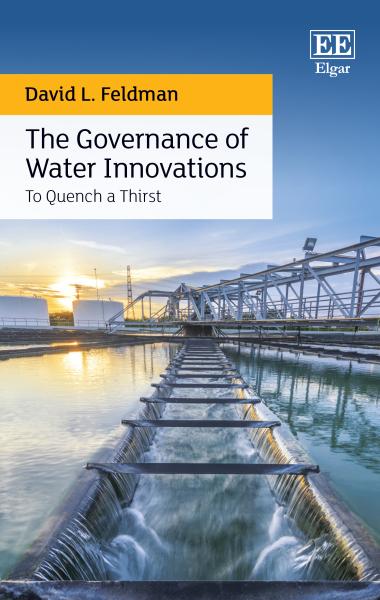 technically effective and could help solve the world’s pressing water problems in light of climate change and population growth, they often generate resistance and political challenges,” Feldman said during a recent interview. “The advocates of these technologies — like technologies in other domains — must take the time and effort to engage relevant members of the public in their development and in their implementation.”

Not doing so is what doomed so many proposed nuclear power plants, for example, he argues.

He adds that it is vitally important for project proponents to specifically address the apprehensions of opponents.

“If people say, ‘What are you going to do about the nuclear waste?’, you don’t say, ‘Well, I don’t know. We’ll worry about that when the time comes.’ That’s not an answer. You have to have in your head some idea for what you’re going to do.”

The Governance of Water Innovations focuses on three types of water supply projects: desalination, groundwater replenishment and rainwater harvesting. In these days of climate change, heatwaves and record droughts, the author believes the public understands that providing clean drinking water is becoming a greater challenge and that innovative solutions are likely necessary.

“But what the public wants to know is have you carefully thought through all the options,” Feldman says. “Is the option of building a desalination plant the only option in a particular region? Have you looked at other options? Have you considered the advantages and the disadvantages? And if it is the best option, what are you going to do to manage it in ways that protect the environment?”

His book gives a global perspective of the issues. For instance, Israelis have embraced desalination for drinking water and wastewater recycling for agriculture, but that does not mean every proposed project is a slam dunk.

A few years ago, when Israel decided to build a desalination facility just outside of Haifa in the northern part of the country, “there was tremendous public opposition to the plan,” Feldman says. “It was not because people were opposed to desalination, people were opposed to where the government was proposing to put the plant. It was very close to a wildlife refuge and adjacent to a stretch of land that many members of the public believed was going to be allocated for new housing. So, it’s a site-specific problem. This is why you have to engage the public from the beginning. I define adaptive governance in the book as being prepared to adapt your decision making to these very site-specific situations. Decide, announce and defend is always a bad option. Even if you have a society that’s committed to a certain option, like desalination in Israel, you don’t just say, ‘We’re going to build it here.’ That should come at the end of the discussion.”

In the first chapter of The Governance of Water Innovations, Feldman recounts disputes over desalination in Northern California, where residents didn’t necessarily doubt that turning sea water into drinking water was a good idea, they opposed the project’s location in a poorer community where low-income folks, who would not directly benefit from the facility’s water supply, would still have to pay high water rates — a question of fairness.

“I'm very strongly committed to getting decision makers to understand what I call the social construction of public acceptance, that simply coming up with a good mousetrap isn’t going to get us out of this mess,” Feldman says. “There’s lots of good mousetraps out there, but you’ve got to be able to persuade the public that these mousetraps are safe, that there’ll be fairly deployed, that the costs will be equitably borne, that the risks of the mousetraps to human health and the environment are minimal, and that you’re going to actually engage us in the process of overseeing these mousetraps. We’re not just going to trust you.”

For “a good example of the mousetrap theory,” Feldman points over his shoulder to Orange County’s Groundwater Replenishment System (GWRS), the world’s largest water purification system for indirect potable reuse.

“Orange County Water District didn’t just develop that project out of thin air,” notes the professor. “The district learned that there was some public skepticism over the cost, over the potential risks and over the potential problems with technology management. But the district went out of its way to really do a bang-up job in working with members of the public, various stakeholders and local governments to bring people along and educate them and inform them as to how to make this thing work well. Perhaps most of all, they showed the taxpayers of Orange County and the ratepayers of Orange County that, in the long run, this is the best option available because if we continue to buy water from the Colorado River, we’re going to be paying more and more and we’re going to be limited in our ability to grow as a county. And unlike other alternatives such as desalination, it’s not going to raise your rates through the roof.”

The GWRS was so successful that representatives from Israel, Singapore, Spain, Japan and Middle Eastern countries came to Orange County to study the operation.

“They obviously were not just looking at the technology of the system, but they wanted to learn how we got the public’s support,” Feldman says. “Singapore went on to do something that was very Orange County-ish when they opened their wastewater treatment system with a visitor center and welcomed school kids and others to see how the process works.

“One reason I wrote the book is to show that the very problems we’re facing here in California are universal. They’re being faced by countries around the world, rich countries and poor countries. But if we’re serious about solving the problems of adequate supplies, water justice, public hygiene and public health, we need to be in a position to address those issues. It’s not enough to come up with a better mousetrap. You’ve got to be in a position to work with the public to gain their trust and confidence that various water supply technologies are not only going to solve the problem, but they will not create new problems.”
— Matt Coker