New Book: “Trajectories of Conflict and Peace: Jerusalem and Belfast Since 1995” 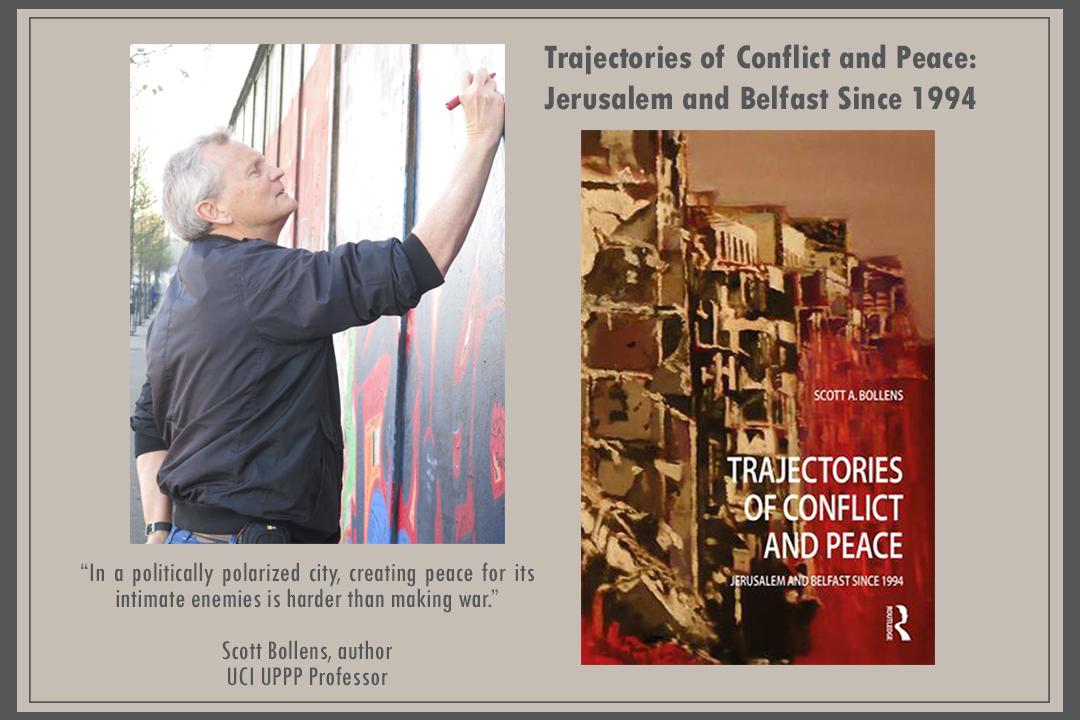 "In a politically polarized city, creating peace for its intimate enemies is harder than making war." - Scott Bollens, professor of urban planning and public policy, in Trajectories of Conflict and Peace: Jerusalem and Belfast Since 1994

From the publisher: "This book is about the trajectories of urban conflict and peace in the politically polarized cities of Jerusalem and Belfast since 1994 – how sometimes there has been hopeful change while at other times debilitating stasis and regression. Based on extensive research, fieldwork, and interviews, Scott Bollens shows how seeking peace in these cities is shaped by the interaction of city-based actors and national elites, and that it is not just a political process, but a social and spatial one that takes place problematically over an extended period. He intertwines academic precision with ethnography and personal narrative to illuminate the complex political and emotional kaleidoscopes of these polarized cities. With hostility and competition among groups defined by ethnic, religious, and nationalistic identity on the increase across the world, this timely investigation contributes to our understanding of today’s fractured cities and nations.”

Published by Routledge, as part of its Planning, History, and Environment series.